Our Company
With a seriousness of purpose and sense of humor, our executives are passionate about relentlessly innovating to solve our clients' most complex problems. 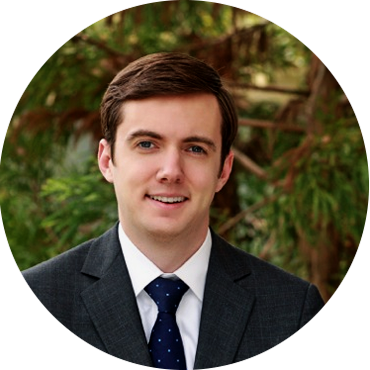 He is the former director of GOP.gov, where he led the official, award-winning Internet presence and branding for the Republican Party in Congress from 2008 to 2012. Prior to the historic 2010 midterm election, he was the graphic artist for the GOP campaign platform, A Pledge to America, which helped restore a Republican majority in the largest gain of House seats in 72 years. Since 2014, he has led the digital effort for House Republican leadership's biennial transition, marshalling deep institutional knowledge with Partyline's intuitive features to prepare newly elected legislators for their roles in the U.S. Congress.

From 2013 to 2014, he served as a communications advisor to Archbishop Desmond Tutu's telemedicine foundation, whose mission is to improve public health in disadvantaged regions by connecting those in need with those who care. He holds a Bachelor of Science from Louisiana State University's E. J. Ourso College of Business.

Her deep understanding of Partyline Platform's extensive capabilities and experience as a skilled communicator give her the distinct ability to ensure Partyline's powerful features remain focused on ensuring its subscribers' operational excellence.

Prior to joining Gulf Partyline in 2017, she was director of operations at one of the nation's largest PAC fundraising firms, where she relied on Partyline Platform every day to help raise nearly $40 million for more than 40 candidates and Members of Congress. In 2014, she managed the highest priority regional field office for Sen. Bill Cassidy (La.), resulting in Cassidy's victory over a 17-year incumbent and the regional office's distinction as the top performer during the campaign.

A native of metropolitan Atlanta, she holds a Bachelor of Arts from the Manship School of Mass Communication at Louisiana State University.